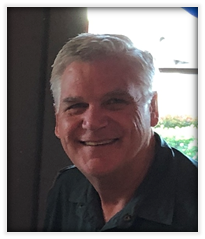 Utah County is rich in pioneer history and is the heart of Utah.  Our county is a great place to work and to raise a family.  We have superb schools, the best public safety and first responders, and unbelievably range of mountains, canyons, lakes and rivers to enjoy.

What are the biggest issues facing our county and how do we address them?

As county population growth continues our cities and towns are the first to respond to the needs of expansion.  The county government departments will adjust to address county, not city, support.  County departments may need to grow to address resident demands.  Funding for those needs come through increased revenue from new companies wanting to do business here, from those new to the work force, and from existing taxing sources.  Minimal tax increases should only be considered after a thorough public vetting – for no other reason than tax increases are ALWAYS paid for by increases in the pricing of goods and services.  Tom’s ability to identify and define how to better use $100s of millions in federal personnel, materials, and transportation costs is guiding how he approaches this enormous load.

Utah County is one of the fastest growing counties in the state, and nation.  Because of our diversified economic strength our children and grandchildren will stay or return home for work.  Where will they live?  Can they afford to live here?  Our county will yet face opportunities unheard of in recent times.  It takes concerted effort by the commission to work with cities and residents, and our county departments, to address and meet these welcomed changes.  Tom’s proven history of service to the nation, the state, and county has uniquely prepared him to address the need for single-family, owner-occupied homes as well as multi-unit complexes.

Hard earned incomes are, often, earned the hard way.  Often earned with two-three jobs a week.  County revenue is critical to ensure it is capable of providing support to cities and unincorporated residents.  Therefore, taxes should be honored by elected officials as sacred, trusted funds to support only critical, basic government functions, and not used to compete with commercial interests.  All avenues to raise necessary revenue must be considered and debated, not just property.

We want to draw businesses to our county because they bring employment opportunities, improve our standard of living and environment, expand the horizons of our residents, and bring in revenue to support our growing population.  To encourage businesses to settle here it takes the combined, deliberative effort of cities, towns, and the county to organize, negotiate, and attract employers to Utah County.  After years of negotiations and patience Tom was tapped to serve as Chair to restructure the Marine Corps to realize enormous efficiencies in how its reserve force (40,000 personnel) are integrated into its active, deployable forces (120,000 personnel) throughout any given year.  It takes this kind of vision and energy to ensure businesses support our county needs.

While cities directly support the needs of 613,000 residents, Utah County directly supports 8,750 unincorporated area residents.  Utah County advocates for all residents, guests, and city officials through responsive infrastructure upgrades needed between cities and towns.  Tom has been engaged in the community since his return in 2006.  As a precinct officer, county and state delegate, and member of the State GOP Central Committee Tom has informed residents of county and statewide events and issues.  He honors, respects, tries to represent their opinions.

Citizens of Utah and of the United States are guaranteed the protection of inalienable rights, rights that cannot be taken from an individual except for specific crimes.  The elected, appointed, and employees of Utah County are public servants, they actively support the rights of all citizens, especially those whom they serve.  To that end, the elected county officers should report to the public the on-going county concerns and affairs of their roles, not just during the State of the County but throughout the year.  This can be accomplished through town halls, YouTube, Facetime Live, and the media. 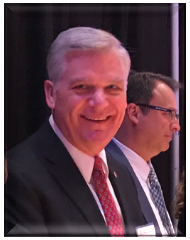 "All…have the inherent and inalienable right to enjoy and defend their lives and liberties; to acquire, possess and protect property; to worship according to the dictates of their consciences; to assemble peaceably, protest against wrongs, and petition for redress of grievances; to communicate freely their thoughts and opinions, being responsible for the abuse of that right."

"All political power is inherent in the people; and all free governments are founded on their authority for their equal protection and benefit, and they have the right to alter or reform their government as the public welfare may require."

"We hold these truths to be self-evident, that all men are created equal, that they are endowed by their Creator with certain unalienable Rights, that among these are Life, Liberty and the pursuit of Happiness."

Preamble to the Declaration of Independence 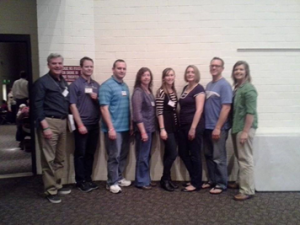